Teenagers in the Tansa Valley

The numbers are declining slowly, but are still twice as high as in urban areas. These young women are more likely to be uninformed about sex and contraception, have lower self-confidence, to make fewer decisions about their own lives, and to believe domestic violence is justified. See more
Informing this vulnerable population and removing taboos against seeking treatment is crucial. Adolescents of both sexes are key target groups for PRASAD’s preventive health care.

Rubella (German Measles) can cause miscarriages and birth defects. Seeing many young women affected, PRASAD Chikitsa obtained a grant from the Women of the Evangelical Lutheran Church in America to pilot a rubella awareness and vaccination campaign. It has been a huge success.
The first clinic on 8 December 2015 aimed to attract 300. News of the clinic spread through villages by word of mouth, via Women’s Self-Help Groups and Arogyavardhinis (Social Health Activists) trained by PRASAD. 927 young women registered; hundreds more arrived. Extra medical staff were persuaded to volunteer and 1000 were vaccinated on the day. The pilot is over but clinics still draw large crowds, and girls pay part of the cost. See more

This one time intervention – a $3 injection – is life changing.
Your gift of $15 could immunise 5 girls against rubella

PRASAD doctors visit schools all over the Tansa Valley, speaking to groups of boys and groups of girls, 12–17 years. They answer questions on physiology and menstruation, sexually transmitted and other infections. Nutrition, hygiene and legal issues arising from underage marriage are also covered. See more 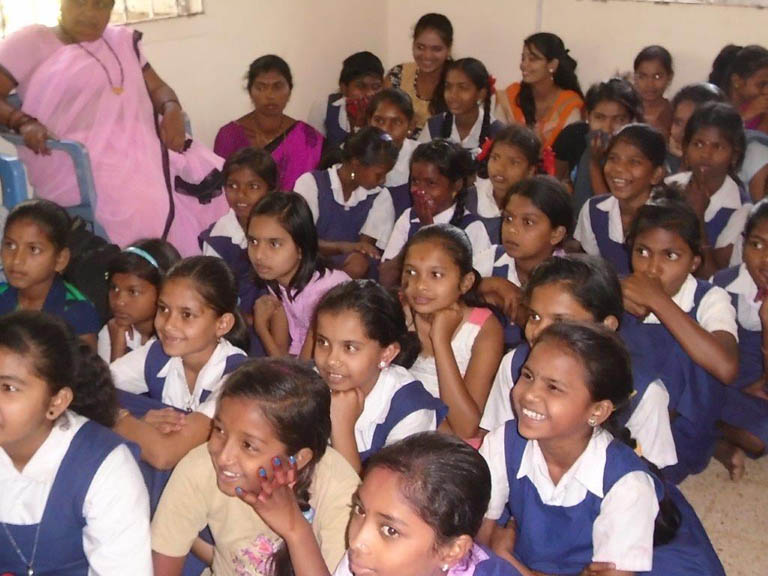 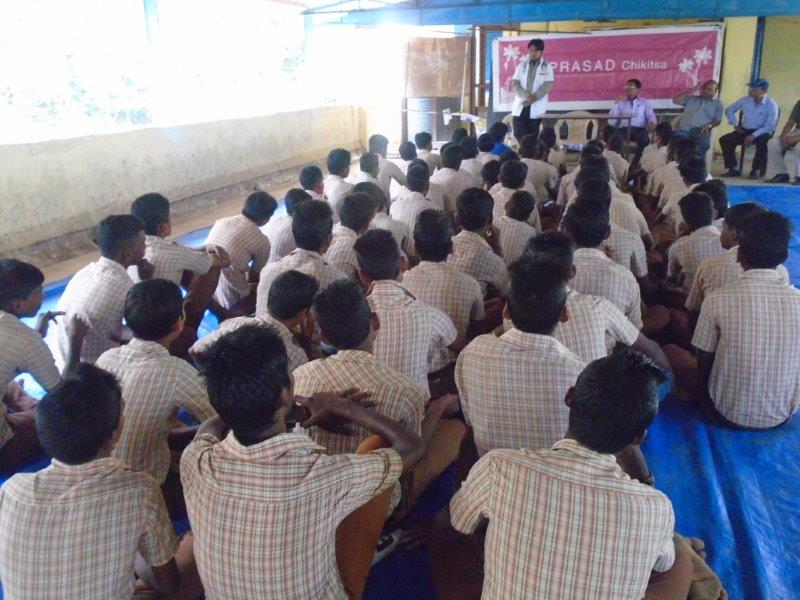 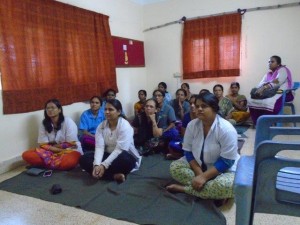 PRASAD Chikitsa staff learning about the rubella virus, its consequences and prevention. 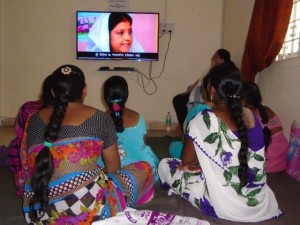 Social Health Activisits (Arogyavardinis) learning about rubella and the importance of immunisation to prevent it. 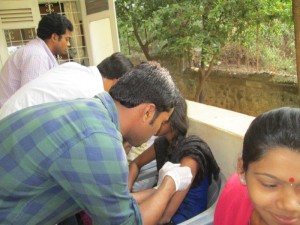 PRASAD Chikitsa medical staff, interns past and present and volunteer staff from Nair Hospital with some of the 1000 young women they processed and vaccinated on one day, 8 December 2105.

‘‘I receive much, much more than the little I give”

Long time supporter Dr Moni Lai Storz is a cross-cultural consultant. Moni also hosts fundraising events.
Having seen PRASAD’s medical clinics in India, she knows her contributions truly help people in need. Moni speaks beautifully of the grace she feels in being part of this work, saying she receives “much, much more” than she gives.

Fundraising can be as simple as inviting people to donate to PRASAD instead of a birthday or Christmas present, or in memory of someone dear. Our supporters have hosted film nights, dinners and cooking classes. The website makes it easy to donate in honor of a particular occasion.Three-minute videos and other information about PRASAD can be downloaded from the Newsroom.
Like to know more? Contact us — We would love to talk to you.

Thank you and farewell to PRASAD Australia Director Karen Workman, who stepped down in February.

Karen has served for more than 13 years, raising funds with tireless passion and creativity.
What a contribution!
We wish her all the very best.

How you can help

Or become a monthly donor from just $15 per month.

Thank you for supporting PRASAD