Indian farmers increasingly find themselves in a vicious cycle of debt as a result of high production costs, high interest rates, volatile market prices for crops and the rising costs of fuel and commercial seeds.  Under such conditions, providing PRASAD Chikitsa staff with up-to-date and relevant information is essential to breaking the poverty cycle.  PRASAD Chikitsa teaches farmers to work more efficiently and helps women’s groups start kitchen gardens that will bring extra income and food to the family. 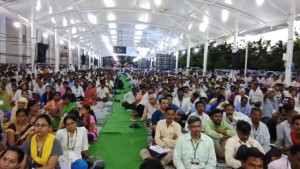 In September, PRASAD Chikitsa representatives attended a week-long workshop by Subhash Palekar, an agriculturist who has practiced and written many books about Zero Budget Natural Farming (ZBNF), a positive approach to ending a reliance on loans and drastically cutting production costs. 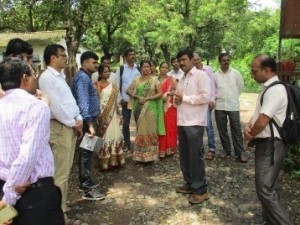 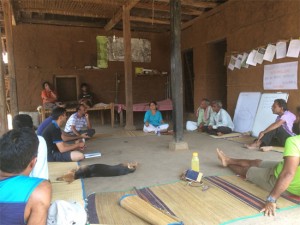 The importance of soil enrichment, water conservation and the conservation of forests was discussed, in addition to the advantages of using local seeds rather than costly commercial ones. 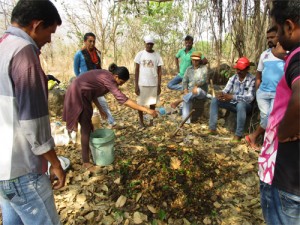 At PRASAD Chikitsa’s Gorad Farm, the staff attended a demonstration on compost preparation at zero cost for farmers using locally accessible organic material rather than costly chemical additives and fertilizers.  Soil rich in organic matter retains moisture for a long period after the monsoon season, reducing the need for costly irrigation.

You can help PRASAD Chikitsa!

Make training possible for 25 farmers
for one quarter – $78 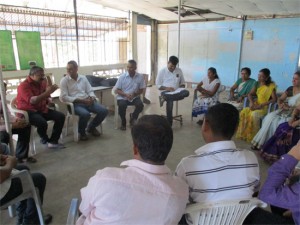 In April, PRASAD Chikitsa held a workshop on waste management, which included the harmful effects of waste landfills that pollute land, air and water and create health issues. Later, in a cleanliness drive at Ganeshpuri, the SHG (Self Help Group) enthusiastically accepted the ‘zero waste’ concept.  They separated garbage and recyclables, created compost and built hoardings to dissuade dumping at three sites as the first steps to a clean environment. 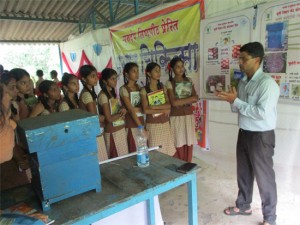 Did you know you can donate shares, rather than cash, in your Will? It can achieve a better result for the charity you wish to support.

If you state your gift as shares (rather than a cash amount), no capital gains tax (CGT) has to be paid – even if the charity chooses to convert them to cash later. The charity of your choice, provided it is a tax exempt charity, receives the full amount of the shares. So a gift of shares in your Will maximises the amount available for your favourite cause.

Maximising your donation while you are living.

You can also donate shares directly to your favourite charity during your lifetime. And, if franking credits are involved, it becomes an ongoing gift rather than a one-off.
Please contact Peter Speakman, a PRASAD Australia Director and the board’s legal advisor, for further information. E:speakman@speakman.com.au tel: 03 9822 8611.

At this time of the year, we are invited to remember the people of the Tansa Valley.  You can donate or talk to others about donating to PRASAD Australia so the valuable life-changing programs can continue to grow.  Even a small amount can make a big difference.
Some ideas for you to consider: